As part of producing a series of web videos for TIV (Trade Institute of Victoria), we were invited to film one of their training sessions and find out, from the players themselves, what it is like to explore new skills.

They were nailing joists to large wooden beams and measuring the angle of the rafters to make sure they were consistent. It certainly wasn’t the usual training session that football players like Nathan Brown, Josh Bruce and Sam Gilbert were used to, but they were enjoying it just the same. Although you might think there is a world of difference between playing sport and constructing a building, there are skills that these footballers have which worked to their advantage. For example, working in a team and dealing with problems strategically where just a few of the skills that these football players embodied which made the transition from sport to working on a construction site is not as dramatic as one might think.

Trade Institute of Victoria (TIV) is a training specialist for the Building and Construction Industry. This year they are celebrating their tenth year of providing Certificate to Diploma levels for those who want to move into the building and construction trade. As part of their program they offer training courses to football players so that once they retire from the game they have a skill to fall back on.

If you want to know more about how to use web videos to promote your message check out out Promotional Video Service Page. See More in Our portfolio 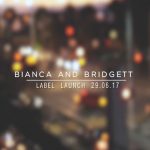 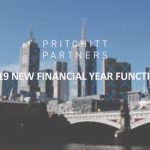